It was built in April 1967 – this was the first year that they went into production on the T100A.

My frame number is 1083 and it’s a Mark IV. This was the second by number of the first shipment.

I know that the bike was raced here in the States in the Summer of ’67. I believe it was shipped to FAD Engineering in Syracuse, NY. My guess is that it has to be one of the first ones built in the States. I bought it in 1968/1969.. and continued to race it until 1975.

Before I bought it, it was raced by a man with the nickname, “Frenchie”.

When I bought the bike the name on the registration was Bill Humes.

I took the original engine out in 1969 and replaced it with another T100.

The engine that is in the bike was built by Ray Beebe, from Central NY Cycle (Triumph Dealership). The head that is on the engine is called a Baltimore Head. These specific heads were developed in 1965 for Gary Nixon for his road racers and flat track bikes. These were sold under the Tricor name. They used a slightly higher compression and slightly larger valves. When Nixon won the Daytona 200, Triumph renamed the 500cc the Daytona.

I still have the original fender and the two number plates.

Orginal motor 61 Triumph with distributor, converted to ET. If the ET was not spot on it wouldn’t function correctly. This is why I changed the engine in 69/70.

In 1968, I added the removable lights, so I could take them off for racing. 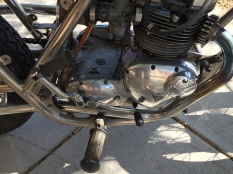 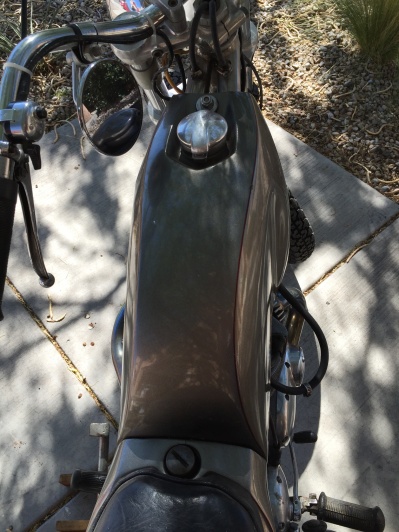 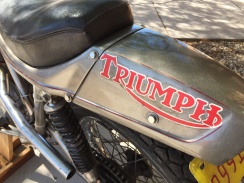 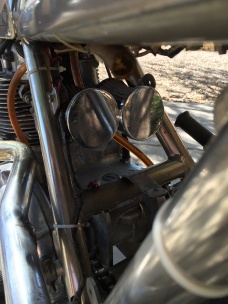 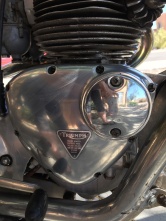 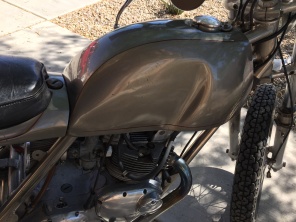 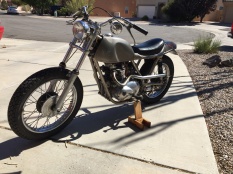 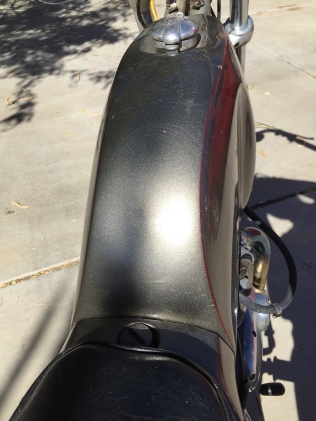 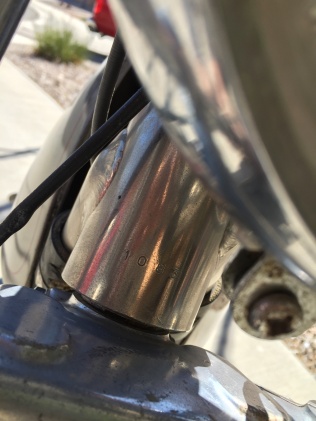 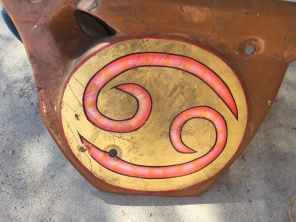